The Eagle Bioscience’s Coronavirus COVID-19 IgG ELISA Assay was recently highlighted in a publication on the decline of Sars-CoV-2 antibodies over 6-month follow-up in obstetrical healthcare workers (HCW). Researchers investigated the longitudinal presence of serum Sars-CoV-2 specific antibodies for both Immunoglobulin G (IgG) and Immunoglobulin M (IgM) in obstetrical HCWs at a tertiary hospital. Check out the full article below.

Limited data exists on the temporal trend of the Sars-CoV-2 immunologic response and duration of protection following natural infection. We sought to investigate the presence and duration of Sars-CoV-2 serum antibodies in obstetrical healthcare workers (HCW) on serial assessments over a 6-month period, and to assess rates of vaccine acceptance and reported vaccine side effects among this cohort.

One hundred twenty-six of 150 (84%) HCWs who volunteered for participation completed all four blood draws. Prevalence of seropositive HCWs based on positive Sars-CoV-2 IgG antibodies increased from 2% at baseline to 31% at 12 weeks but declined to 21% by 6 months. Forty-two percent (19/43) of the participants considered seropositive for Sars-CoV-2 IgG antibodies at any of the initial three blood draws converted to seronegative status at the 6-month follow-up. Eighty-seven percent (72/83) of participants who responded to a follow-up survey were willing to accept the COVID19 vaccine. Rates of acceptance did not differ by participant antibody status. Those that experienced symptoms with the first injection were more likely to have positive Sars-CoV-2 IgG antibodies (36.8% vs. 9.6%, p = .01).

Sars-CoV-2 IgG antibodies wane over time and may not provide prolonged and robust immune protection. This underscores the importance of vaccination and continued research in this area while the COVID19 pandemic continues.

If you have any questions about the Coronavirus COVID-19 IgG ELISA Assay or our other offerings, please contact us here.

The Eagle Bioscience’s MedFrontier Intact FGF23 Assay was utilized in a recent publication to determine intestinal phosphorus absorption in patients with moderate chronic kidney disease (CDK) and healthy adults. Find the abstract and full text below.

If you have any questions about the MedFrontier Intact FGF23 Assay or our other offerings, please contact us here.

The Eagle Bioscience’s Dopamine Sensitive ELISA Assay was utilized in a recent publication on how Hexachloronaphthalene (HxCN) impairs the dopamine pathway in an in vitro model of PC12 cells. This is the first study to demonstrate that HxCN administered in vitro inhibits dopamine biosynthesis and secretion through the regulation of tyrosine hydroxylase and VMAT1 expression. Check out the abstract and full article below.

Among polychlorinated naphthalenes (PCNs), listed by the Stockholm convention as Persistent Organic Pollutants (POPs), hexachloronaphthalenes are considered the most toxic and raise the highest concern. Of these, 1,2,3,5,6,7-hexachloronaphthalanene (PCN67) is considered the main congener affecting human health due to its hepatotoxicity and its ability to disturb the reproductive, endocrine, and hematological systems. It is also prevalent in human serum/plasma, milk, and adipose tissue. However, little is known about its neurotoxicity, despite the fact that anorectic effects have been observed in workers occupationally exposed to PCNs and in animal research on PCN67. Since dopamine is involved in many aspects of food intake, the aim of this study was to confirm whether PCN67 affects dopamine synthesis in differentiated PC12 cells, a widely used model of neurosecretion. Our results show that exposure to PCN67 resulted in diminished dopamine content and release. Moreover, PCN67 also affected the expression of tyrosine hydroxylase and lowered the expression of vesicular monoamine transporter 1 (VMAT1). In addition, significantly lower expression of antioxidant enzymes, including catalase, glutathione peroxidase and copper/zinc superoxide dismutase, was observed in comparison to the vehicle. In conclusion, PCN67 appears to disturb dopaminergic transmission by altering tyrosine hydroxylation, reducing VMAT1 expression and impairing antioxidant protection. Our study provides a potential mechanism for how PCN67 may cause dopamine deficiency and contribute to neuronal death by affecting cellular antioxidant potency; however, this conclusion requires further research.

If you have any questions about the Dopamine Sensitive ELISA Assay or our other offerings, please contact us here.

The Eagle Bioscience’s Anti-Beta2 Glycoprotein 1 IgG ELISA was recently highlighted in a publication on the effects of hydroxychloroquine onantiphospholipid antibodies-inhibited endometrial angiogenesis. Check out the abstract and full-text article below.

Antiphospholipid syndrome (APS) is an autoimmune disease characterized by thrombotic events and/or pregnancy morbidity (≥3 recurrent early miscarriage or fetal death or a prematurity <34 weeks of gestation) with persistently positive antiphospholipid antibodies (aPLs). It is reported that aPLs damage the placental tissue by binding to β2-glycoprotein I (β2GPI) on the surface of trophoblast and endothelial cells. Hydroxychloroquine (HCQ) is considered to be beneficial in the treatment of obstetrical APS and shown to restore the aPL-inhibited invasion and differentiation of trophoblast. However, not enough evidence exists regarding the effect of HCQ on endometrial angiogenesis. The aim of our study was to assess whether HCQ has an effect on aPL-inhibited endothelial angiogenesis. In this research, to explore the effect of HCQ for angiogenesis, we investigated: Human umbilical vein endothelial cells (HUVECs) viability by CCK-8; HUVECs migration by wound healing; HUVEC angiogenesis by Matrigel assay in vitro; mRNA expression of MMP-2 and VEGF by real-time quantitative Polymerase Chain Reaction (RT-PCR); protein expression of VEGF, MMP-2 by western blot. We found that HCQ treatment significantly restored the expression of aPL-inhibited VEGF and MMP-2. HCQ restored aPL-inhibited HUVEC proliferation, migration, and angiogenesis in vitro. In conclusion, aPLs inhibit HUVECs angiogenesis, however, HCQ can restore the effect of aPL-inhibited HUVECs migration and angiogenesis in vitro, demonstrating its beneficial therapeutic role in obstetrical APS.

If you have any questions about the Anti-Beta2 Glycoprotein 1 IgG ELISA or our other offerings, please contact us here.

The Eagle Bioscience’s 25-OH Vitamin D ELISA Assay was highlighted in a recent publication by the Department of Oncology at Gerogetown Univeristy in DC. Researchers determined how the vitamin D receptor is linked to disease outcome in estrogen receptor-positive (ER+) breast cancer patients treated with tamoxifen (TAM). Check out the abstract and full text article below.

If you have any questions about the 25-OH Vitamin D ELISA Assay or our other offerings, contact us here.

This week Eagle Biosciences is highlighting a revolutionary test in the microbiome industry. The GA-map® Dysbiosis Test Lx was developed by Genetic Analysis in Norway. The GA-map ® is a tool that allows mapping of the intestinal microbiota profile for a selected set of bacteria in a sample. The test is based on advances in DNA profiling using probes targeting variable regions (V3 to V7) of the bacterial 16S rRNA gene to characterize and identify bacteria present. The targets are identified in a molecular multiplex assay that utilizes the Single Nucleotide Primer Extension (SNuPE) technology patented by professor Knut Rudi of the Norwegian University of Life Sciences (​NMBU) (US6617138). A unique algorithm takes advantage of all the data generated by the detection of the SnuPE products to determine the microbiota profile in the sample. The algorithm is incorporated in the GA-map® Dysbiosis Analyzer software that accompanies the test.

Check out this video for a quick overview of the GA-map ® Dysbiosis Test Lx Platform equipment and techniques.

Note: This test is for research use only and not to be used for diagnostic procedures

If you have any questions about the GA-map® Dysbiosis Test Lx or our other offerings contact us here. 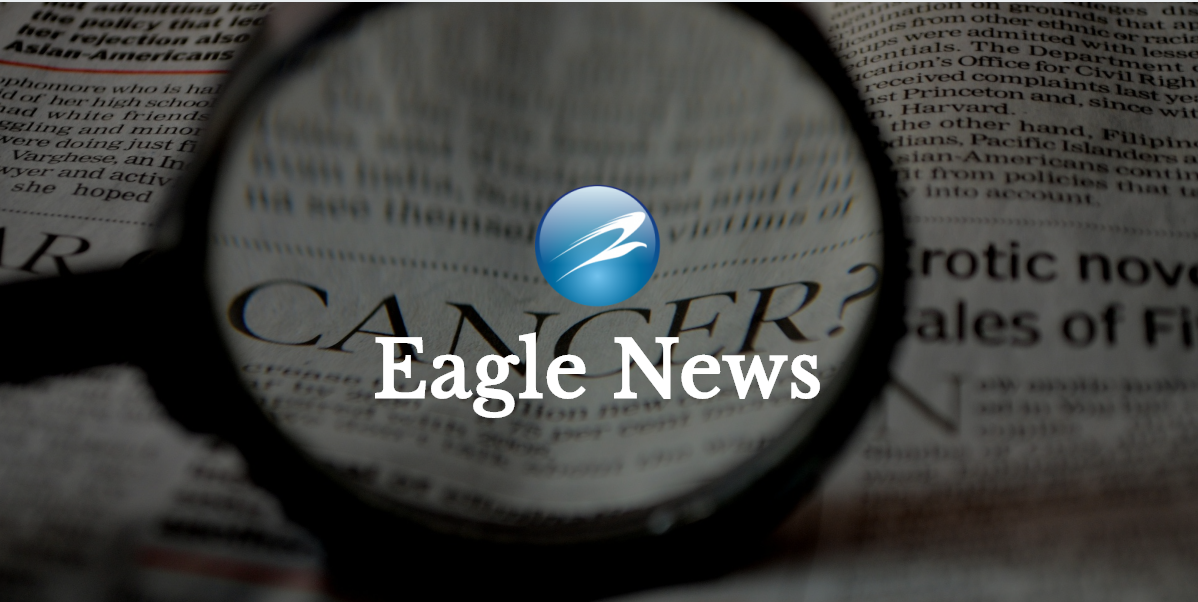 One of our supplier’s was recently featured in an editorial by Select Science! Svar Life Sciences has been working closely with Dr. Erik Tillman at Akero Therapeutics. Tillman and his team are developing a multi-modal drug that could help treat the drivers of non-alcoholic steatohepatitis (NASH), a severe form of non-alcoholic related fatty liver disease (NAFLD) that has increased risk for cardiovascular and liver related morbidity and mortality. Him and his team have been working with Svar to create custom iLite assay-ready cells for the cell-based assays that have become a key role in the work Tillman and his teammates perform daily.

Click here to read the full editorial about Dr. Tillman’s research and the role of Svar’s iLite assay-ready cells.

If you have any questions about Svar’s iLite Assay Ready Cells or our other offerings contact us here.

The Eagle Bioscience’s Mouse Rat 25-OH Vitamin D ELISA was recently highlighted about how the MicroRNA-122 contributes to lipopolysaccharide-induced acute kidney injury via down-regulating the vitamin D receptor in the kidney.

Methods
Nutritional vitamin D deficiency was induced by feeding mice a vitamin D-deficient (VD-D) diet. Mice were injected intraperitoneally with LPS (20 mg/kg) to establish LPS-induced AKI. Levels of VDR and miR-122 were measured both in vivo and in vitro. The associations between VDR and miR-122 were analysed by dual-luciferase reporter assays.

If you have any questions about the Mouse Rat 25-OH Vitamin D ELISA or our other offerings, contact us here.

Endostatin is an endogenous angiogenesis inhibitor localized in the vascular basement membrane in various organs. The biological functions of the endostatin-network involve SPARC, thrombospondin-1, glycosaminoglycans, collagens, and integrins. Endostatin is expressed during the progression of renal fibrosis in tubular cells of injured tissue.

Eagle Biosciences offers a robust assay for the measurement of endostatin in human samples, the Endostatin ELISA Assay Kit. The benefits of this assay include:

We also offer a Mouse/Rat Endostatin ELISA Assay Kit for other testing needs.

If you have any other questions about these products or our other offerings, contact us here.

Polystreptavidin R (Polystrept R) reagent is for the surface coating of plastics, membranes, beads and etc. with maximum biotin binding capacity. It improves the signal-noise-relation in testing and can help save on material costs.

Polystrept R is a chemically modified polymerized Streptavidin characterized by an extraordinary high Biotin binding capacity. Polystrept R coatings on solid phases offer a universal immobilization principle for the detection and analysis of proteins, peptides, PCR-fragments, haptens etc., which must be present in a biotinylated form. Coatings made of Polystreptavidin R combine the excellent binding capacity with a high chemo and thermo stability and a long shelf life. It is suitable for coatings of membranes, beads, biochips, plastics etc.

Learn about the benefits of using Polystrept R in your research in this video from Biotez!

Why use streptavidin-coated microplates and Polystrept R with lateral flow test strips??

If you have any questions about Polystreptavidin R or our other offerings, contact us here.