Content: >250 μL of Assay Ready Cells suspended in cryoprotective medium from Gibco
Receipt and Storage: Upon receipt confirm that adequate dry-ice is present, and the cells are frozen. Immediately transfer to -80°C storage. Cells should be stored at -80°C (do not store at any other temperature) and are stable as supplied until the expiry date shown. Cells should be used within 30 min of thawing.
For Research Use Only

Antibody-dependent cell-mediated cytotoxicity (ADCC) is a mechanism whereby pathogenic cells are lysed by lymphocytes, most often Natural Killer (NK) cells. The mechanism involves binding of antibodies to surface antigens on the pathogen. Crosslinking of these antibodies to NK cells through the binding of the Fc-portion to Fc receptors on the NK cells leads to activation of the NK cell and formation of an immune synapse with the pathogenic cell. The NK cell releases cytotoxic granules containing granzymes and perforin into the synapse, leading to apoptosis of the targeted cell (1). 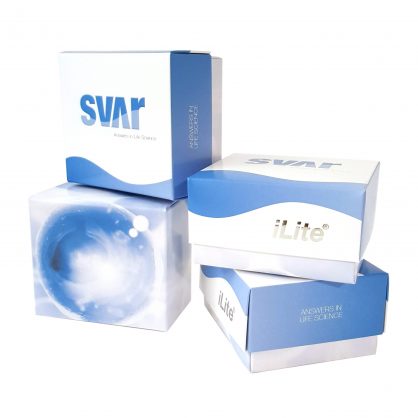