The Chemerin ELISA Assay Kit is For Research Use Only

Prochemerin expression has been demonstrated for liver, lung, pituitary, lymph node, stomach and adipose tissue (1, 2). It has been detected in blood, ascitic fluids from ovary and liver cancer and synovial fluids from arthritic patients. Different receptors have been found in spleen, lymph node, small intestine, lung tissue as well as in macrophages and immature dendritic cells.

Prochemerin is converted into its biologically active form by serine or cystein proteases, resulting in pro- or anti-inflammatory actions of the active protein, respectively. Proteolytic cleavage of Chemerin has been described for following serine proteases tryptase, plasmin, elastase, cathepsin G as well as for the cross-reactivity proteases cathepsin S and calpains.

The active protein is involved in innate and adaptive immune responses and for instance acts as a strong chemoattractant for immature dendritic cells and macrophages. It influences intracellular signaling by binding to its specific receptors. The C-terminal domain of Chemerin allows binding to the receptor ChemR23/CMKLR1 and elicits a pro-inflammatory stimulus by inducing Ca2+ influx and ERK1/2 activation. Further, the N-terminal domain of Chemerin binds to the CCRL2 receptor and allows presentation of the C-terminal domain to neighbor cells. In case of Prochemerin cleavage by cystein proteases the resulting peptides act inhibitory on the ChemR23/CMKLR1 receptors and thus have anti-inflammatory effects.

Recently, the relevance of Chemerin in adipogenesis and adipocyte metabolism has been discovered. Goralski et al. demonstrated in mice that Chemerin as well as receptor (ChemR23) expression is present in adipocytes of visceral and subcutaneous adipose tissue. The expression and secretion increases enduring adipocyte differentiation. The active Chemerin of 16 kDa has been found in the conditioned media of adipocytes. Intracellular signaling networks in adipocytes are also influenced by Chemerin e.g. stimulation of MAPK p42/44 (ERK1/2) phosphorylation was demonstrated. Further, the authors also show a post-differentiational effect of Chemerin on gene expression in adipocytes.

Based on these results an influence of Chemerin on metabolic syndrome and insulin resistance was purposed. This studies reveal that Chemerin is more expressed by adipose tissue of obese humans and is able to impair insulin sensitivity of muscle cells and insulin mediated lipolysis and lipogenesis in adipocytes. It has been shown that Chemerin is associated with markers of inflammation and components of the metabolic syndrome as well as with renal function.

The Eagle Biosciences ELISA for Chemerin is a so-called Sandwich-Assay. It utilizes two specific and high-affinity antibodies for this protein. The Chemerin in the sample binds to the immobilized first antibody on the microtiter plate. In the following step, the biotinylated and Streptavidin-Peroxidase conjugated second specific anti-Chemerin-Antibody binds in turn to the immobilised Chemerin. In the closing substrate reaction, the turn of the colour will be high specific catalysed, quantitatively depending on the Chemerin-level of the samples.

Commercially available sera from bovine, cat, chicken, dog, donkey, goat, guinea pig, horse, mouse, pig, rabbit, rat and sheep were diluted (1:10) and used as samples in this assay system and the signal intensity was measured. No cross reactivity was detected. 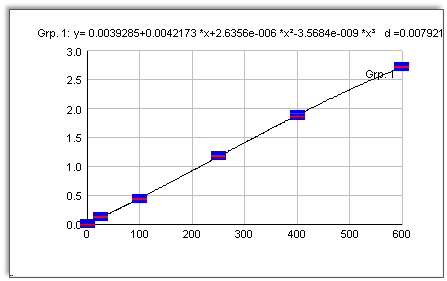