The Progranulin ELISA Assay Kit is For Research Use Only

Progranulin is also known as Granulin Epithelin Precursor, Proepithelin or Acrogranin. It is a 68.5 kDa protein, consisting of 593 amino acids (inclusive Signalpeptid), which appears in vivo in strongly glycosylated form and therefore has a size of approximately 90 kDa.

Progranulin has seven conserved domains, which are separated by linker sequences. By means of proteolytic cleavage, catalyzed by serine proteases like e.g. elastase, 6-25 kDa large fragments result, that are called Granulines or Epithelines. Progranulin is expressed and secreted in particular in strongly proliferating tissues such as adenoid tissue, spleen, skin epithelium, gastrointestinal mucous membranes, haematopoietic cells and in tumor cells. Until now no specific receptors, which would obtain the effect of Progranulin or the Granulines are known.

Progranulin seems to be a factor, which affects wound healing positively. In case of skin lesions the expression is increased in ceratinocytes, in macrophages and in neutrophile cells. Progranulin affects the wound healing indirectly by activation of macrophages and stimulation of angiogenesis in the damaged tissue. The physiological effects of Progranulin and Granulines are oppositional. Progranulin can restrain TNFα mediated pro-inflammatory processes. On the other hand the Granulines seem to stimulate the secretion of pro-inflammatory cytokines. The influence of Progranulin on inflammatory processes could be shown also in arteriosclerotic plaques. Here Progranulin is expressed by smooth muscle cells and affects the migration of monocytes and these cells. In the central nervous system Progranulin is expressed in microglia and neurons (in neocortical and hippocampal pyramid cells as well as in purkinje cells in the cerebellum).

On mRNA level a clear increase of Progranulin expression could be shown during infections or injuries of the CNS, for example in mucopolysaccharidosis type I and IIIB, in viral inflammations of CNS, in amyotrophic lateral sclerosis and in Alzheimer’s disease. Beyond that Progranulin seems to be of relevance in the development of sex specific differences during pre- and postnatal development and also for the neural plasticity in adults.

The Eagle Biosciences Progranulin ELISA Assay Kit is a so-called Sandwich-Assay. It utilizes specific and high affinity monoclonal antibodies for this protein. The Progranulin in the samples binds to the immobilized first antibody on the microtiter plate. In the following step, the biotinylated antibody binds in turn to Progranulin. After washing substrate, quantitatively depending on the Progranulin level of the samples. 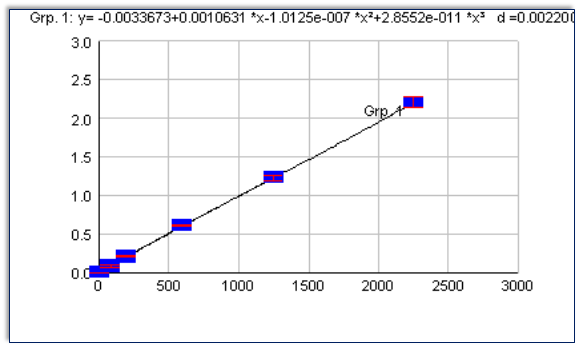