The sTREM-1 ELISA Kit is For Research Use Only

TREM-1 is member of a family of cell surface receptors which function as modulators of the inflammatory response in sepsis. TREM-1 is widely expressed on cells of the lineage and acts as an inflammatory trigger and amplifier after fungal and bacterial contact. Expression is predominantly seen on neutrophils, monocytes, macrophages, microglia, osteoclasts and dendritic cells. The TREM family consist of TREM-1, TREM-2, TREM-3 (mouse) and TREM-like transcript 1&2. They are members of the transmembrane immunoglobulin superfamily. TREM-1 is a 30 kD monomeric protein synthesized as a 234 amino acid (aa) precursor with a signal peptide (16 aa), an extracellular domain (184 aa), a transmembrane domain (29 aa), and a short cytoplasmic domain (5 aa). The ligand of TREM-1is unknown. The engagement of TREMs, after association with the adapter protein DAP12 (DNA activating protein 12) which contains an immunoreceptor tyrosine-based activation motif, triggers a signaling pathway that leads to intracellular calcium mobilization, actin cytoskeleton rearrangement, and activation of several transcription factors. TREM-1 acts in synergy with Toll-like receptor signaling pathways in amplifying the inflammatory response. During infections, receptor expression is modulated and soluble TREM-1 (sTREM-1, 17 kDa) is released. TREM-1 is shed from the membrane of activated phagocytes and can be found as sTREM-1 in tissue and body fluids like plasma and bronchoalveolar lavage fluid (BAL). Some studies suggest that sTREM1 is transcribed from an alternative mRNA. sTrem-1 is unable to transmit a signal but competes for binding with endogenous ligands. Thereby dampen the amplification loop which is activated when the infection is started. sTREM1 levels are possibly a prognostic marker for sepsis. However, some other studies show also elevated levels in non-infectious causes of inflammation (e.g. Crohn disease). At least sTREM-1 in biological fluids often correlates with severity of disease.

The human sTREM-1 ELISA is a ready-to-use solid-phase enzyme-linked immunosorbent assay based on the sandwich principle with a working time of 3½ hours. The efficient format of a plate with twelve disposable 8-well strips allows free choice of batch size for the assay. Samples and standards are incubated in microtiter wells coated with antibodies recognizing human sTREM-1. Biotinylated tracer will bind to the captured human sTREM-1. Streptavidin-peroxidase conjugate will bind to the biotinylated tracer. Streptavidin-peroxidase conjugate will react with the substrate, tetramethylbenzidine (TMB). The enzyme reaction is stopped by the addition of oxalic acid. The absorbance at 450 nm is measured with a spectrophotometer. A standard curve is obtained by plotting the absorbance (linear) versus the corresponding concentrations of the human sTREM-1 standards (log). The human sTREM-1 concentration of samples, which are run concurrently with the standards, can be determined from the standard curve. 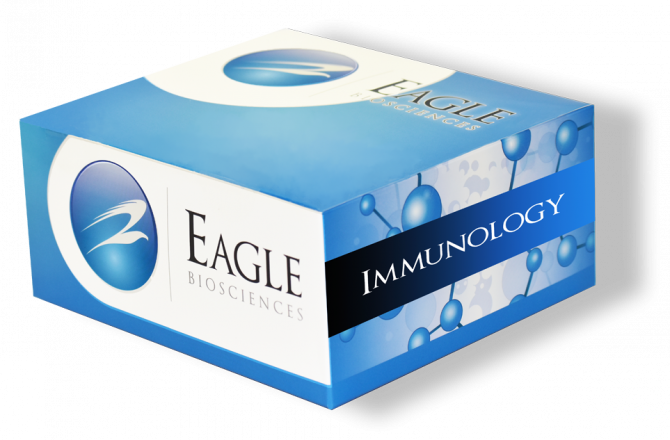