This Plasma Renin Activity ELISA measures PRA and the results are expressed in terms of mass of angiotensin-I (Ang-I) generated per volume of human plasma in unit time (ng/mL.h). The blood sample is collected in a tube that contains EDTA. The plasma is separated and either stored frozen or kept at room temperature for immediate use, samples should not be chilled on ice or stored at temperatures between 0 and 10°C during collection or processing before adjustment of pH, this could lead to overestimation of renin activity. Before the start of immunoassay a protease inhibitor and the Generation buffer is added to the plasma sample, which will prevent Angiotensin-I (Ang-I) in plasma from degradation. The pH of the plasma sample should be around 6.0 after the addition of the supplied Generation buffer. The plasma sample is split in two and the fractions are incubated at 0–4°C (in ice bath) and 37°C respectively for 90 minutes or longer, to allow the generation of Ang-I by plasma renin at 37°C. Optionally, the pH can be adjusted to 6.5 or 7.4. Adjustment of pH is a critical step during the assay, acidification of plasma to pH 3.3 or lower for prolonged time with subsequent return to neutral pH causes irreversible activation of the renin (Derkx et al., 1987), on the other side incubation at pH higher than 8.0 can destroy renin. During the immunoassay incubation, another set of protease inhibitors are involved, which function to stop the new generation as well as degradation of Ang-I to smaller peptides. The immunoassay of Ang-I is a competitive assay that uses two incubations, with a total assay incubation time of less than two hours. During the first incubation unlabelled Ang-I (present in the standards, controls and plasma samples) competes with biotinylated Ang-I to bind to the anti-Ang-I antibody. In the second incubation the labelled Streptavidin-HRP conjugate, binds to the immobilized Ang-I-Biotin. The washing and decanting procedures remove unbound materials. The colorimetric HRP substrate is added and, after stopping the color development reaction, the light absorbance (OD) is measured in a microplate reader. The absorbance values are inversely proportional to the concentration of Ang-I in the sample. A set of calibrators is used to plot a standard curve from which the concentrations of Ang-I in the samples and controls can be directly read.

Measurement of PRA is important for the clinical evaluation of hypertensive patients. In particular, determination of plasma renin activity can help in the diagnosis of primary hyperaldosteronism (5–13% of hypertensive cases) and assist in the therapy and management of other forms of hypertension. PRA, in contrast to the determination of renin concentration, is a more accurate indicator of primary hyperaldosteronism (PHA), because of several reasons: 1. PRA is the expression of the rate of Ang-I formation through the enzymatic action of renin on its substrate, angiotensinogen, therefore PRA depends not only on renin concentration but also on the concentration of angiotensinogen which is ignored in the renin concentration assay; 2. Plasma renin concentration assay does not ensure sensitivity in low renin states, while the sensitivity of the PRA assay can be enhanced by increasing the incubation time during the generation step (Sealey et al., 2005), 3. When an inhibitor is bound to the renin active site PRA is inhibited, whereas the presence of the inhibitor does not affect the recognition of renin by currently available immunoassays, therefore total renin concentration does not always correlate with plasma renin activity (Campbell et al., 2009).

Renin liberates angiotensin-I from angiotensinogen. Angiotensin-I is transformed to angiotensin-II largely in pulmonary circulation by angiotensin converting enzyme (ACE). Angiotensin-II raises blood pressure by direct arteriolar vasoconstriction, promoting sodium retention, and stimulating the secretion of aldosterone from the adrenal cortex. Aldosterone also exerts an effect to restore sodium balance and lift arterial pressure. Accurate measurement of the concentration of circulating angiotensin-II is challenging because of its instability in blood samples. 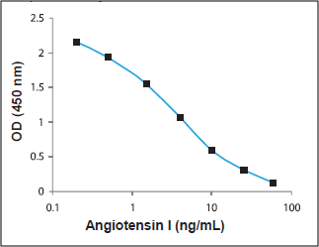 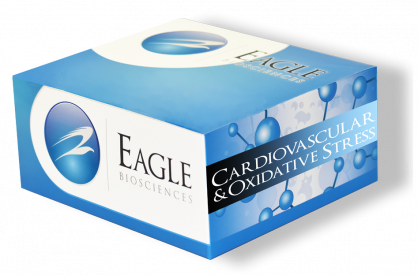