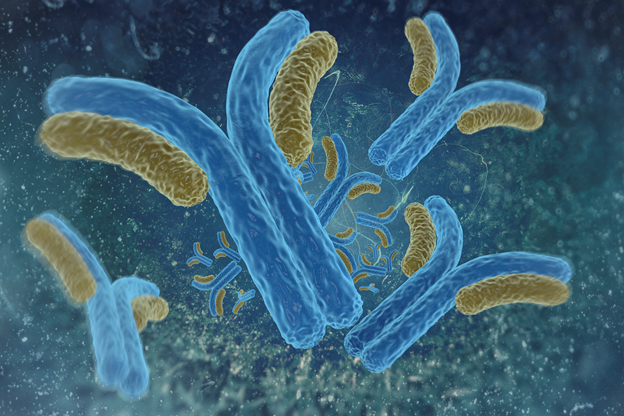 The complement system is a crucial part of the immune system which assists antibodies and phagocytic cells to clear pathogens from an organism. It is an elaborate protein network of effectors, inhibitors and regulators that is the driving force for critical processes involving overall health as well as disease states. This system continuously communicates with associated physiological pathways such as immunity, inflamm­­ation, homeostasis, and development.

The complement system is made up of over 50 plasma and membrane-bound proteins that interact in a cascade fashion. There are three key biochemical pathways that trigger the complement system: the classical pathway, the alternative pathway, and the lectin pathway. These pathways trigger the generation of biologically active molecules that play crucial roles in numerous physiological and pathological processes as mentioned above.

Classical Pathway: the pathway activated by C1 binding either directly to bacterial surfaces or to antibody for the purpose of identifying and flagging bacteria as foreign.

Alternative Pathway: the pathway activated by the binding of complement protein C3b to the surface of a pathogen. This pathway is a key component of innate immunity and has a role in boosting the work of classical pathway.

Lectin Pathway: the pathway activated by binding of MBL (mannose-binding lectin) to mannose residues on the pathogen surface. 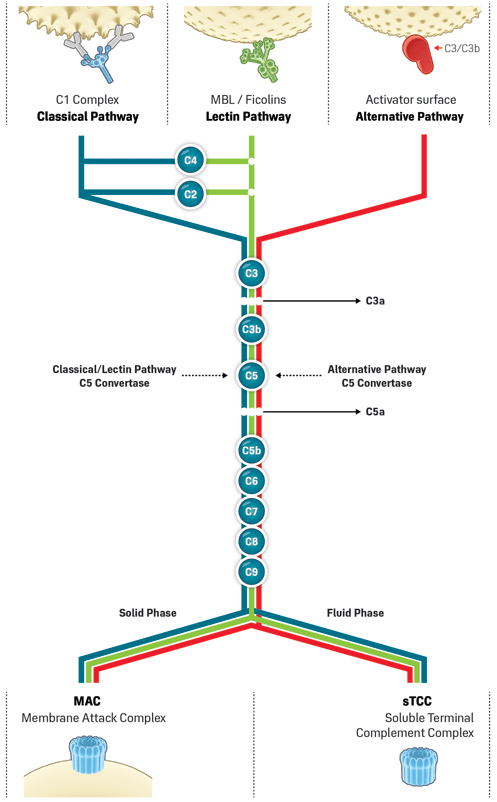 Reasons for Measuring the Complement System:

The complement system plays intricate and vital roles in both the innate and the adaptive immune defense and it is acts a bridge between these two facets of immunity. Complement deficiencies and other molecular abnormalities in this system result in increased infection and increased risk for autoimmune and numerous other diseases. The increased awareness and interest in the complement system has prompted the need for a simple, objective, and effective method to assess the function of complement activity. Measuring various parts of the complement pathway gives insights to researchers for various disease states as well as for potential therapeutic targets. 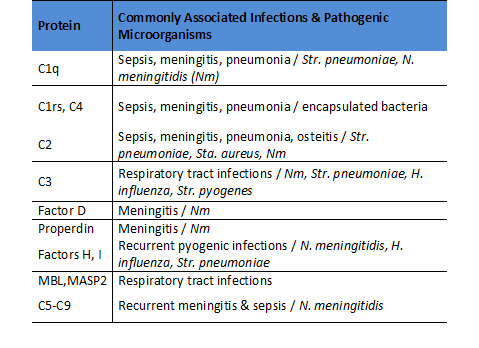