Giardiasis is a diarrheal illness caused by Giardia lamblia, after ingestion of Giardia cysts. Once a person has been infected with Giardia, the parasite lives in the intestine and is passed in the stool. Millions of germs can be released in a bowel movement from an infected human or animal. Giardia is found in soil, food, water, or surfaces that have been contaminated with the feces from infected humans or animals. Because the parasite is protected by an outer shell, it can survive outside the body and in the environment for long periods of time.

Because it is spread world-wide, Giardia lamblia has become one of the most important causes of chronic diarrhea. About 15-20% of children under age ten years and 19% of male homosexuals have been infected. Giardia infection can cause a variety of intestinal symptoms either acute or chronic, which include diarrhea, gas or flatulence, greasy stools that tend to float, stomach cramps, upset stomach or nausea. These symptoms may lead to weight loss and dehydration. Some people with giardiasis have no symptoms at all. Those asymptomatic cases still shed Giardia cysts. Generally, symptoms of giardiasis begin 1 to 2 weeks after becoming infected and they may last 2 to 6 weeks.

The method used for the diagnosis of giardiasis in the past has been the detection of Giardia cysts in stool by microscopy. Recently, specific Giardia antigen ELISA greatly simplified the diagnostic procedure and is as sensitive as the microscopic method. Another advantage of using Giardia Iamblia Antigen ELISA is that it does not require the intact organisms in the test specimen. 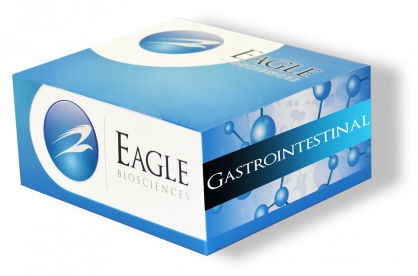