The Daratumumab ELISA Assay Kit is intended as an analytical tool for quantitative determination of Daratumumab in serum, plasma, and cell culture supernatant.

The Daratumumab ELISA Assay Kit is For Research Use Only

Daratumumab (trade name Darzalex) is an anti-cancer drug. It binds to CD38, which multiple myeloma cells overexpress. Daratumumab was originally developed by Genmab, but it is now being jointly developed by Genmab along with Johnson and Johnson subsidiary Janssen Biotech, which acquired worldwide commercialization rights to the drug from Genmab. Daratumumab was given breakthrough therapy drug status in 2013 for multiple myeloma. It was awarded orphan drug status for multiple myeloma, diffuse large B cell lymphoma, follicular lymphoma, and mantle cell lymphoma.

Sample Preparation and Storage:
Blood is taken by venipuncture. Serum is separated after clotting by centrifugation. Plasma can be used, too. Lipaemic, hemolytic or contaminated samples should not be run. Repeated freezing and thawing should be avoided. If samples are to be used for several assays, initially aliquot samples and keep at – 20°C. For Cell Culture Supernatant – If necessary, centrifuge to remove debris prior to analysis. Samples can be stored at -20°C or -80⁰C. Avoid repeated freeze-thaw cycles.

The method employs the quantitative sandwich enzyme immunoassay technique. Antibodies to Daratumumab are pre-coated onto microwell. Samples and standards are pipetted into microwells and human Daratumumab present in the sample are bound by the capture antibody. Then, a HRP (horseradish peroxidase) conjugated anti-Daratumumab antibody is pipetted and incubated. After washing microwells in order to remove any non-specific binding, the ready to use substrate solution (TMB) is added to microwells and color develops proportionally to the amount of Daratumumab in the sample. Color development is then stopped by addition of stop solution. Absorbance is measured at 450nm. 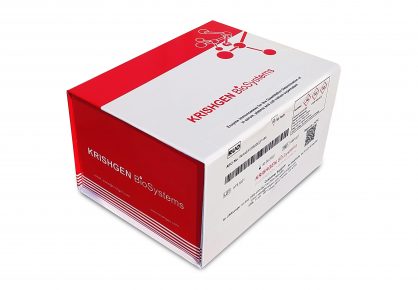