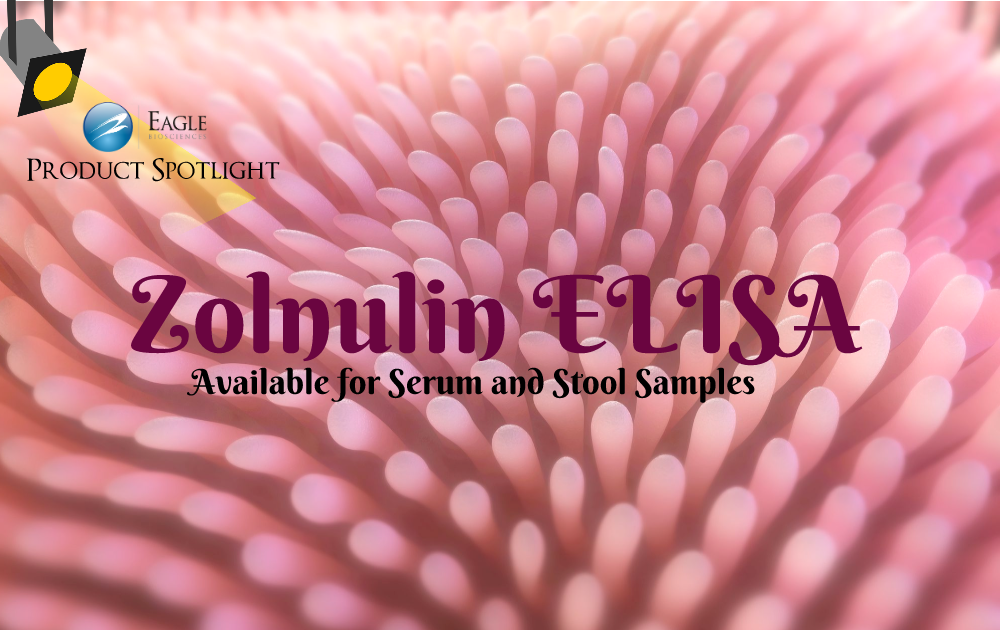 Eagle Biosciences, Inc. has teamed up once again with Immundiagnostik to bring it’s customers a series of zonulin ELISA’s. These ELISA’s are used for the quantitative determination of zonulin in serum or stool samples.

Zonulin is a novel human protein analogue to the zonula occludens toxin derived from Vibrio cholerae which participates in tight junctions between cells of the wall of the digestive tract. Zonulin binds to a specific receptor on the surface of intestinal epithelia and triggers a cascade of biochemical events which induces tight junction disassembly and a subsequent permeability increase of the intestinal epithelia, allowing some substances to pass through and activate immune reactions.

Dr. Fasano and his co-workers found out that the zonulin-zonulin-receptor-system is
more activated in celiac disease and type 1 diabetes mellitus patients. Patients with
active celiac disease showed higher levels of zonulin and anti-zonulin antibodies
compared to non-celiac patients and patients in remission, who were on a glutenfree
diet.

In addition, it was reported that many people who suffer from celiac disease also suffer
from other autoimmune disorders. It is suggested that increased levels of zonulin
are a contributing factor to the development of celiac disease and other autoimmune
disorders such as insulin dependent diabetes, multiple sclerosis and rheumatoid
arthritis.

6. Watts, Tammara, Irene Berti, Anna Sapone, Tania Gerarduzzi, Tarcisio Not, Ronald
Zielke, and Alessio Fasano. 2005. “Role of the Intestinal Tight Junction Modulator
Zonulin in the Pathogenesis of Type I Diabetes in BB Diabetic-Prone Rats.” Proceedings
of the National Academy of Sciences of the United States of America 102 (8)
(February 22): 2916–21. doi:10.1073/pnas.0500178102.