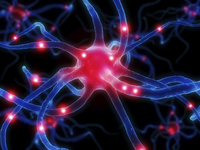 Several recent studies have been performed utilizing a kit from our Neurobiology Assay Kit line. The Neurobiology Assay Kit line offered Eagle Biosciences provides a comprehensive array of sensitive tools to measure catecholamines and numerous neuroscience-related analytes on various types of samples. Check the product pages for full details on the kit or view the links below to find a new publications referencing our Serotonin ELISA Assay Kit.

2. Amat, Me. et. al ” Differences in serotonin serum concentration between aggressive English cocker spaniels and aggressive dogs of other breeds.”Journal of Veterinary Behavior 2013: 8, 19-25.

Researchers’ objective for this study was (1) to assess the suitability of different types of blood samples for measuring circulating
serotonin in canine clinical studies, and (2) to investigate the relationship between the serotonergic system
and canine aggression. Eaglebio’s Serotonin ELISA Assay Kit was used to measures serotonin levels in serum, plasma, and platelets in the canine cohort.  The results revealed that the mean serotonin concentration in aggressive dogs was significantly lower than in nonaggressive
dogs in all the assayed samples.

Researchers sought to perform an in-depth investigation of the biological basis of aggression in canine to provide new and improved diagnostic and therapeutic approaches for this frequent problem. Eaglebio’s Serotonin ELISA Assay Kit was used to measure serotonin levels in the serum of the canines being studied.  Aggressive animals showed significantly higher plasma
concentrations of cortisol than non-aggressive dogs suggesting that aggressive dogs might differ
from non-aggressive dogs in the activities of the serotonergic system and the HPA axis.

The objective of this study was to assess the effect of a 30-day-long fluoxetine treatment on the
peripheral serotonergic system and the HPA axis in canine aggression. EagleBio’s Serotonin ELISA Assay Kit was used to measure concentrations of serum serotonin. Other analytes such as plasma cortisol and
dehydroepiandrosterone (DHEA) were also quantified in a group of aggressive and non-aggressive dogs. The results revealed that treatment of aggressive dogs caused a drop in serum 5-HT concentrations in both
groups, supporting the hypothesis that the peripheral serotonergic
system in canine species is sensitive to drugs that work
upon the central serotonergic system.