The Active Human Recombinant Tau K18 P301L mutant Preformed Fibrils are intended for research use only and are not for use in diagnostic procedures.

Alzheimer’s Disease (AD) is the most common neurodegenerative disease, affecting 10% of seniors over the age of 65. It was named after Alois Alzheimer, a German scientist who discovered tangled bundles of fibrils where neurons had once been in the brain of a deceased patient in 1907. Tau (tubulin-associated unit) is normally located in the axons of neurons where it stabilizes microtubules. Tauopathies such as AD are characterized by neurofibrillary tangles containing hyperphosphorylated tau fibrils. There are six isoforms of tau in the adult human brain: three with four repeat units (4R) and three with three repeat units (3R). K18 is a truncated form of human tau containing only the 4 microtubule binding repeats. P301L (PL) is a mutation where proline is replaced by leucine at codon 301 of tau, and has been linked to frontotemporal dementia. 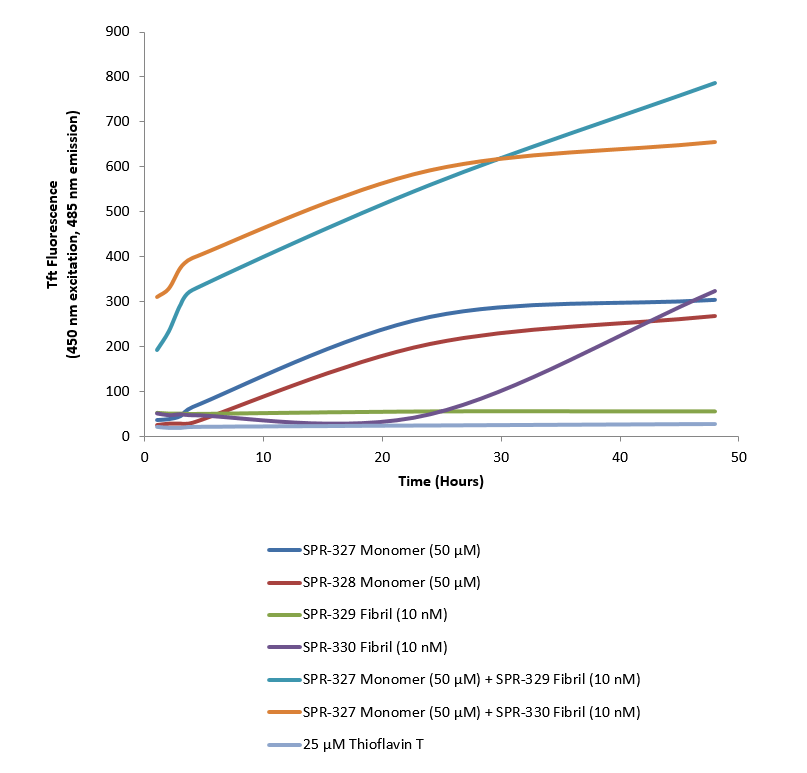