The Glutathione Detection Kit is For Research Use Only

Glutathione (L-γ-glutamyl-L-cysteinylglycine; GSH) is the highest concentration non-protein thiol in mammalian cells and is present in concentrations of 0.5 – 10 mM (1). GSH plays a key role in many biological processes, including the synthesis of proteins and DNA, the transport of amino acids, and the protection of cells against oxidation. Harmful hydrogen peroxide cellular levels are minimized by the enzyme glutathione peroxidase (GP) using GSH as a reductant (2). The oxidized GSH dimer, GSSG, is formed from GSH and peroxide by the GP reaction (see below). An important role of GSSG in the NFγB activating signal cascade is suggested by the facts that the potent NFγB inducer, tetradecanoyl phorbol acetate, increases intracellular GSSG levels and GSSG/GSH ratios (3). Glutathione S-transferases (GST) are an important group of enzymes that catalyze the nucleophilic addition of GSH to electrophiles. They are encoded by 5 gene families; 4 encode cytosolic GST and one encodes the microsomal form of GST. They have been implicated in a number of diseases. In asthma arachidonic acid is converted to unstable leukotriene A4 (LTA4). LTA4 is either hydrated to form LTB4 or it is conjugated to GSH by a GST, leukotriene C4 synthase, to form leukotriene C4. LTC4 and its derivative LTD4 are important molecules in bronchial asthma. Leukotriene C4 synthase is therefore an important therapeutic target. It has also been shown that increased expression of GSTs can lead to drug resistance. Three glutathione adducts of the drug melphalan, used to treat ovarian cancer and multiple myeloma, have been isolated from reactions involving human microsomal GSTs.

The kit is unique in that both free and oxidized glutathione are detected in the same well in the microtiter plate. No separation or washing is required. Total glutathione is the sum of GSSG plus GSH. A GSH standard is provided to generate a standard curve for the assay and all samples should be read off the standard curve. The kit utilizes a proprietary non-fluorescent molecule, StressXpress® Detection Reagent, that will covalently bind to the free thiol group on GSH to yield a highly fluorescent product. After mixing the sample or standard with the Detection Reagent and incubating at room temperature for 15 minutes, the fluorescent product is read at 510 nm in a fluorescent plate reader with excitation at 390 nm. The concentration of the GSH in the sample is calculated, after making a suitable correction for any dilution of the sample, using software available with most fluorescence plate readers. Free glutathione, GSH, is read first after 15 minutes, followed by addition of a reaction mixture that converts all the oxidized glutathione, GSSG, into free GSH, which then reacts with the excess Detection Reagent to yield the signal related to Total GSH content. The total concentration of GSH generated in the sample is calculated from the generated signal. We have provided a 96 well plate for measurement but this assay is adaptable for higher density plate formats. The end user should ensure that their HTS black plate is suitable for use with these reagents prior to running samples. 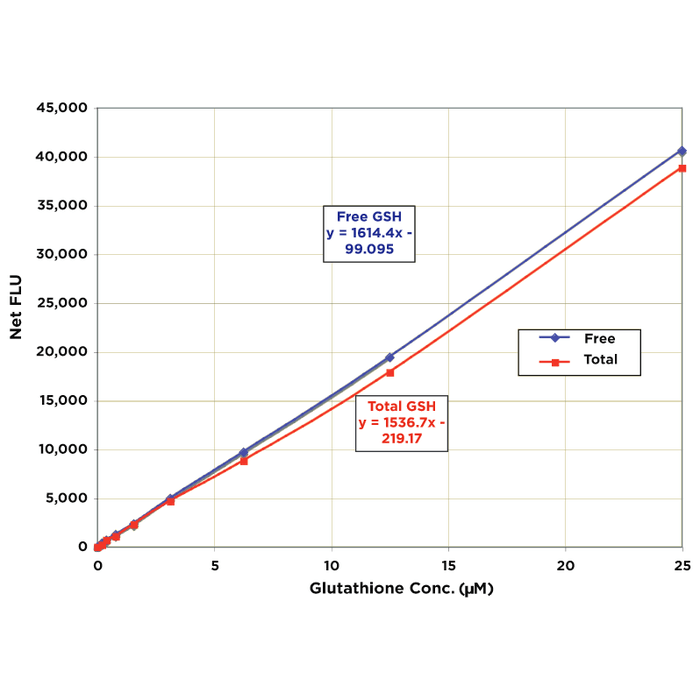 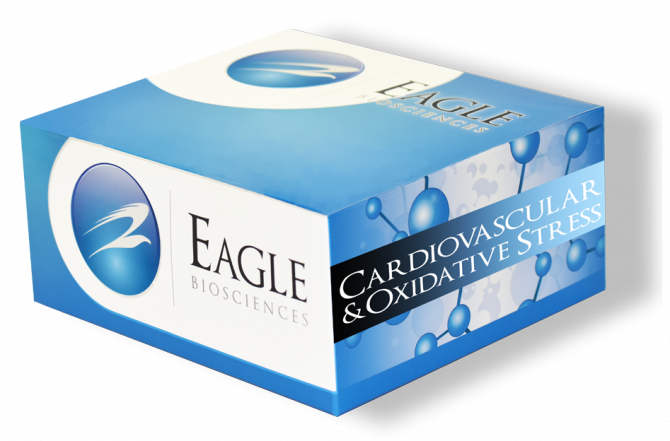