The Aflatoxin Ochratoxin Zearalenon Immunoaffinity Column is For Research Use Only

This instruction of simultaneous Aflatoxin, Ochratoxin and Zearalenon (AOZ) determination in food and feed focuses on the enrichment step of extract using IAC and quantification with HPLC. Accepted laboratory extraction methods could be maintained. Full performance of the IAC column is given if pronounced criteria regarding organic solvent tolerance, elution process of analyte and working range of column is followed. Many pretreatment methods of Aflatoxin, Ochratoxin and Zearalenon determination in food and feed show low sensitivity because of interfering substances if problematic matrices are applied.

This method of content determination of Aflatoxins, Ochratoxins and Zearalenon combines the high selectivity of an IAC with its potential to concentrate eluate and additional step of purification by HPLC column.

Please notice that this instruction focuses on the handling with the IAC column. For the commodity extraction step a literature method is given. The given apparatus (e.g. HPLC system) might serve as example among other possibilities.

Samples which content of Aflatoxin, Ochratoxin and Zearalenon are to be analyzed, e.g. wheat, maize etc., are extracted by the method of Krska et al.1 using the solvent mixture of acetonitrile/water/acetic acid (79/20/1 v/v/v). E.g. to 25g of ground wheat kernels are added a volume of 100ml of the extraction solvent and processed as cited.

4ml extract (contains the quantity of toxins of 1g sample if above mentioned example extraction is followed) is diluted with extra 28ml 50mM PBS and then applied in a reservoir on top of the B-TeZ IAC AOZ 3ml column.

If the example is followed the resulting organic solvent concentration is 10% of acetonitrile which is tolerated by the column. The flow rate lies between 1 to 3ml/min. According to application and contents expected the applied extract volumes could vary.

Caution! The proportion of organic solvent of PBS diluted extract, which is applied on the column, should not exceed 20% methanol and 10% acetonitrile.

In case of very low contents even extract volumes of 20ml may be applied without significant loss of analyte as long as resulting pH is fairly neutral and methanol or acetonitrile content lies under stated limits. If latter is not the case the extract must be diluted with PBS until maximum allowed organic solvent content during enrichment step using B-TeZ IAC AOZ 3ml column is reached.

If samples are to be prepared in parallel, manifold of J.T. Baker for 12 samples has proven of value. Rate of flow through the affinity gel is 1 to 3 ml/min. In case of problematic matrices rate of flow should lie below 2ml/min.

Caution! Be aware that no big air bubbles are neither in the gel nor between gel and luer lock outlet of column which prevent a permanent flow or necessary exchange of matter.

Depending on application and on expected contents, larger or smaller extract aliquots can be applied. In such cases the sample calculation (see below) must be adapted.

After whole sample has passed through the gel the latter is washed with 5ml of 50mM PBS. Remaining liquids in the gel are removed by applying either pressure from top of the column or underpressure from bottom.

Sample reservoir on top of the B-TeZ IAC AOZ 3ml column is removed and an appropriate vial is placed below the affinity column. The bound toxins are eluted by using a total of 3ml of methanol-acetic acid (98/2 v/v)(1) as elution solvent. The elution process is performed in two steps to ensure complete release of analytes. First, a volume of 1ml elution solvent is applied. After that volume has passed through column the second portion of 2ml of elution solvent is applied and half a minute is waited before eluting the liquid through the column. Remaining solvent solutions should be eluted by application of slight under- or overpressure. All methanolic-acetic acid fractions are unified to give the column eluate. The column eluate may be injected into the HPLC directly or in case concentrations are low it may be concentrated by evaporation, e.g. using VLM evaporater at 50°C under a permanent stream of nitrogen(2).

The residue is redissolved in HPLC solvent, e.g. in 0.4ml, and a aliquot is finally injected into the system. 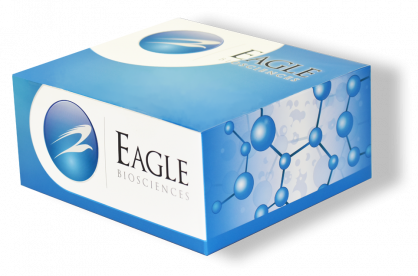